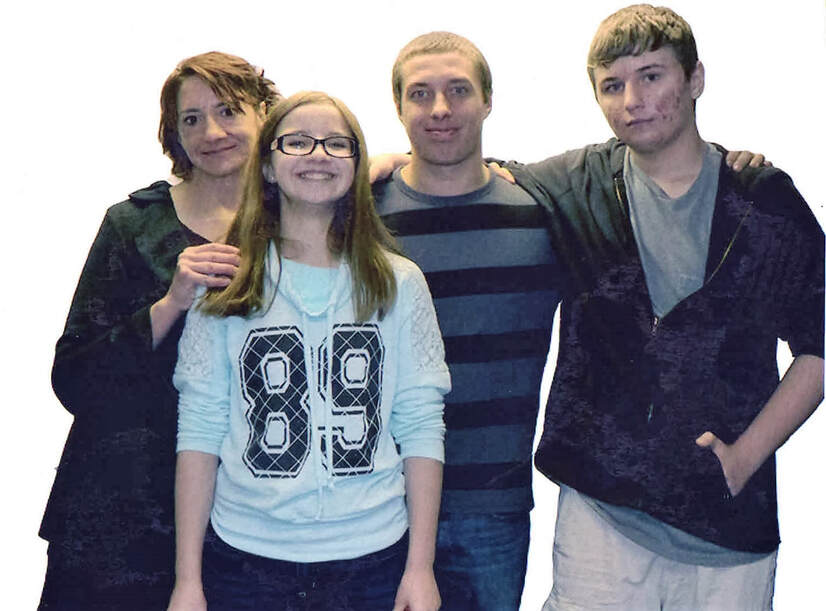 ​According to the 2010 Census, Indiana County, Pennsylvania, had a population of 88,880 and 1 shelter for homeless individuals. The shelter ("Pathways") is located in the town of Black Lick and has a 13-bed capacity. However, due to space constraints, Pathways can only provide services to one family at a time. In the winter of 2008, it became known that at least two families were sleeping in their cars during the winter and one of those families had a newborn baby. In response to this need, a series of community meetings were held over the Summer and Fall of 2010. The agenda for the community meetings was to increase awareness of the problem of homelessness in Indiana County and to present Family Promise as a way to respond to this problem. At the community meeting on August 17, 2010, Michele Faught the Director at Pathways presented a "Statement of Need", indicating Indiana County was experiencing an increase in people being homeless, especially families.
​
An Family Promise Affiliate develops through the leadership and commitment of members in the community. Committees to work on the different aspects of developing a Network began in September 2010. A Host Congregation Recruiting Committee was formed to recruit thirteen Host Congregations. A Day Center Committee was formed to begin looking for an existing facility that had the resources to house the Day Center. The Fundraising Committee worked on estimating the first year’s expenses, establishing a budget, developing, and implementing a fund raising plan. The Transportation Committee explored the most reliable and cost-effective transportation options for transporting families from the Day Center to the Host Congregations. The Core Committee guided the work of the other committees, developed the Network’s governing body, formed the Network into a nonprofit organization, began the search for a Network Director and evolved into the Board of Trustees.

A final Community Meeting was held at Church of the Nazarene in Homer City on November 16, 2010. At this meeting representatives from the Family Promise National Organization  attended and presented the Family Promise model for assisting families to develop sustainable independence.

On November 2010, Grace UMC signed and submitted the First Covenant Agreement to serve as a Host Congregation to the Core Committee. This became the springboard for publicity to advertise that churches were committing to this new ministry. In January 2011, the Indiana Gazette publicized the Network’s first article, referring to the first Covenant Agreement being turned in and in February 2011, the IRS approved Family Promise of Indiana County, Inc. as a 501(C)(3) Tax Exempt entity and issues a certificate.

​In the Spring of 2011, components of the network were coming together. The Core Committee that had developed the Network disbanded and a working, decision making Board was formed. Pastor Michael Fischer was elected Vice President of the Board when Chad Lestes moved out of the area.

A few more Host Congregations were needed and in August 2011 a lunch meeting with the Board and the clergy of the potential host congregations was held. As a result, fourteen Host Congregations signed Covenants to be part of Family Promise. The first major fund raising event was held in September 2011. Family Promise of Indiana County and Pathways Shelter in Black lick were the beneficiaries of monies raised in the Run for Shelter, a 5K race/walk held on the Hoodlebug Trail.

In September of 2011, a Letter of Agreement was signed between Covenant Way Church and Family Promise of Indiana County to house the Day Center on the ground level of Covenant Way Church. Plans were developed to remodel a bathroom into a shower room and to install a laundry area. An agreement was made with the Church of the Resurrection to use their 14-passenger van to transport the Family Promise Guests.

The first family (pregnant mother with 3 children) was accepted into Family Promise December 21, 2012 and the first congregation to host was Grace United Methodist Church.

Until the Shower Room could be completed, the YMCA gave Family Promise Guests access to the showers at their facility. Families were transported by the Network Director to the laundromat weekly until the laundry area could be completed. By the Open House on February 19, 2012, the Shower Room and the Laundry area in the Day Center were completed.
​
Click here for more information on the history of the national program.
Our Mission:  To bring the faith community together to help families regain their housing, their independence and their dignity.